Way back in the early 1990s during my undergraduate business studies, we began learning about various predicted changes that were going to occur in the structure of leadership throughout corporate America, and all organizations.  Sixteen years later in graduate school, I was surprised at the universal nature of most of our experiences: the majority if not all of those above forty had not seen anything of the flatter, more responsive organizations that we were going to be a part of.  What’s more, most of us had experienced the inherent failures of leadership that were a part of (though not all of) the industrial era, with these organizations now scrambling to make up for lost time, changed technologies, global markets and now a shifting social strata of employees.  I don’t mean this as negative as it sounds; change never comes easy.  But the reality is, here in the social era, many organizations are changing because they have to, not necessarily because they recognized a better way of doing business.  Sometimes, when our hand is forced, it is then that we discover a better, more efficient, more sensible way of going about something than we might have otherwise.  The business environment is perhaps one of the most felt expressions of this reality.

At Long Last, The Boundaryless Organization 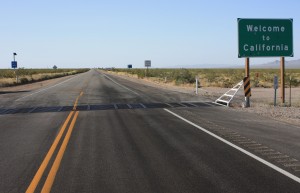 There have always been those who could see the future, but sometimes technology and sociological realities were simply not in place for ideas to get traction.  In our present time, the shift in how humans are relating to one another combined with technology that enables us to do so has inadvertently paved the way for models of teams and leadership that were thought about a long time ago.  I think this is because human nature really doesn’t change, but we certainly evolve as a culture.  The authors Robbins and Judge describe a structure coined by General Electric as the boundaryless organization.  This actually originated twenty years ago with the following distinctions:

Seeking to eliminate [or reduce] the chain of command, have limitless spans of control, and replace departments with empowered teams.

Uses a T-form structure – technology based.

And you are thinking, really?  As I stated earlier, many of us started hearing about the flattening of organizations when we were working on our undergraduate degrees.  Twenty years ago when I first started hearing similar concepts it seemed like one of those concepts that was more talked about than put into action.  Working for a public agency, the idea of even of flattening out the organizational structure seems almost absurd, mainly because it is hard to envision it ever happening.  It may not even be appropriate for certain organizations.  But the idea is appealing, especially as we look for ways to meet continually strained budget demands.  Robbins and Judge suggest “cross-functional teams being formed to organize activities around processes.”  That’s a complicated way of saying, teams working together.  In other words, work to remove silos that impede the communication process and pit teams and department against one another, rather than looking for ways to achieve organizational goals by working with one another.  At first blush this seems too good to be true, but when you have a Dow 30 company with a market cap of more than 200 Billion putting this into practice in at least a modified form, you have to take notice.

The authors gave an overview of the organizational structure found at GE, identifying various characteristics of “how job tasks are formally divided, grouped, and coordinated.”  When you read through this division of labor with its various functions and positions, I personally wonder how much of what we read about fifteen to twenty years ago actually materialized.

Consider the following questions for discussion and implementation; and the particular implications of the following for leaders:

Is the concept of a flattened organization simply another word for layoff?  Is it reasonable to expect that any large or governmental organization is capable of the concept of becoming boundaryless?  What are your experiences with reduced organizational boundaries, and how has this interfaced with traditional authority and leadership within an organization?  How has technology made this possible?  What is the actual sociological shift that has made people open to this?  Finally, is the boundaryless organization simply another radical American/Western concept that may never really function mainstream?