ECI for June 2022 (released today) demonstrates continued wage pressure, which is good and bad at the same time, especially in an inflationary environment:

WHY THIS MATTERS: inflation. Especially in a service economy (but everything else as well), this is a major “M & O” cost for companies and even local governments. If this cools as hiring slows down, great, but if not the Fed will have to continue to act. Below is a breakdown by employment type and one notable thing: local governments. Local governments (in California especially) typically follow CPI as a guide for collective bargaining adjustments. This year, soaring CPI has provided more leverage than there has been in decades for upward adjustments to wages. These adjustments are not reflected in the table below and my guess is they’re delayed.

The full report can be viewed here, FRED interactive chart here, and the trend below. 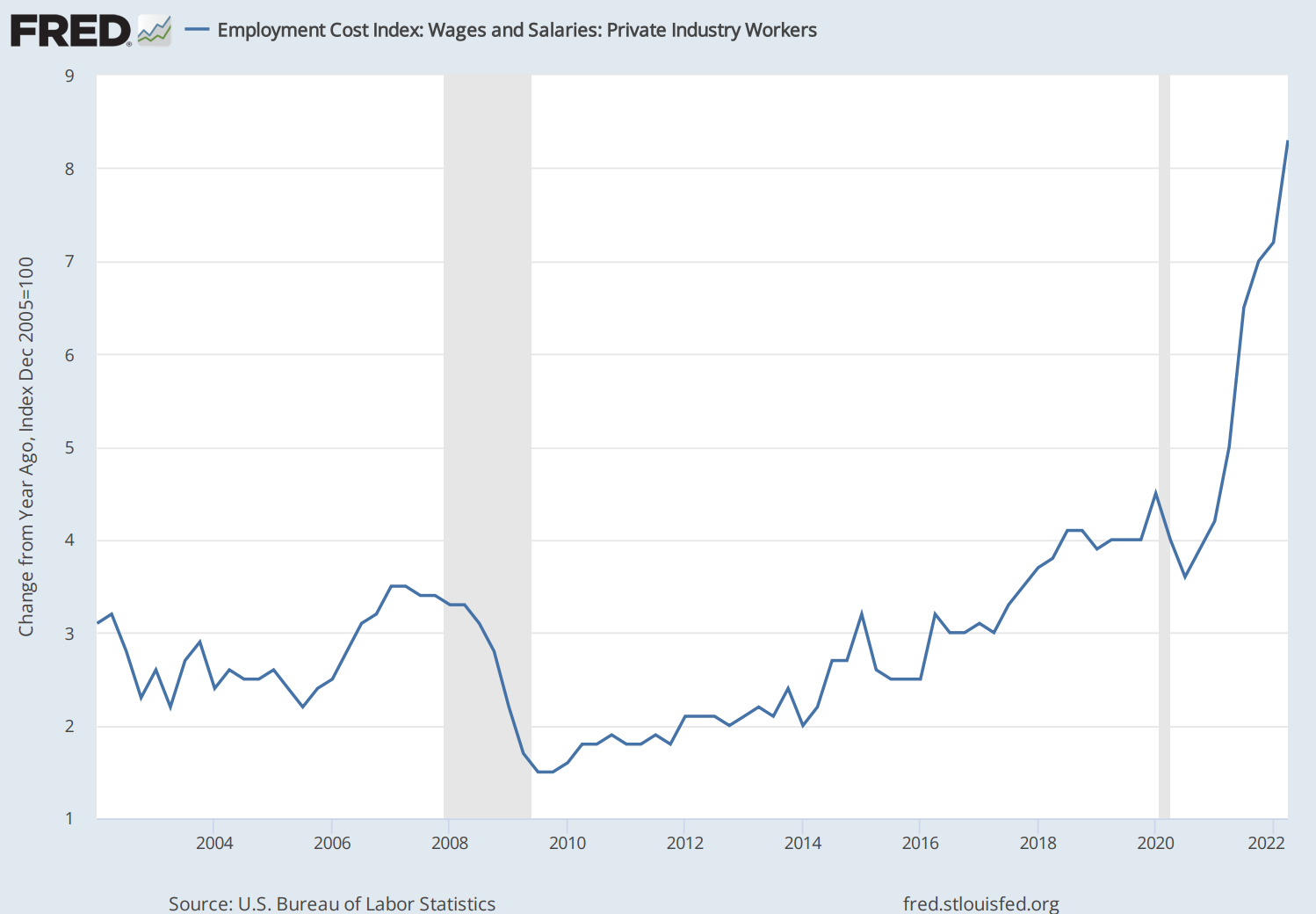