The National Retail Federation has provided an excellent (and large, 141 pages) study produced by PwC that shows the profound implications of retail on our overall economy. The report makes some bold claims, “according to the study, retail is the largest private employer in the United States. Retail directly and indirectly supports 42 million jobs, provides $1.6 trillion in labor income and contributes $2.6 trillion annually to U.S. GDP.”

The report also has a lot to say about main street in America. With over 42 million jobs supported directly or indirectly the result of retail, and it may come as a surprise to learn that the majority of retail establishments making up the 29 million jobs are actually small businesses, “this report also makes clear that retail is American small business. An overwhelming majority of retail businesses – 99% –employ fewer than 50 people. In fact, these retailers provide 40 percent—or 11.5 million—of the 29 million jobs in retail.” See the industry comparison in the graph below (click for full size): 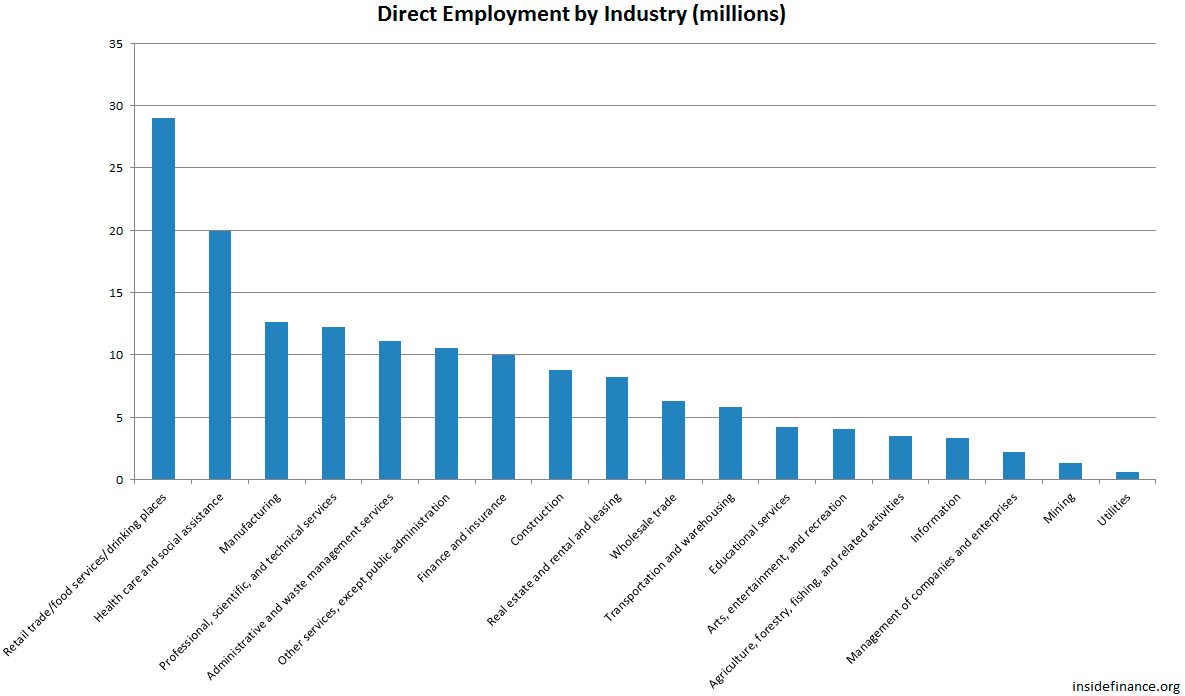 Impact on the NAICS Cateogories – Top 5 by GDP

The interactive chart below shows the impact by category as tracked by the Census Bureau. The full table can be viewed here and is part of the report. Mouse over each data point to see the impact on the measurements of number of jobs, labor income, number of retail establishments and total GDP. Or select/de-select items from the legend:

Below is a well done 95 second overview of the highlights produced by the National Retail Foundation.